So I guess my dream of setting up a Quikrete booth outside the Democratic National Convention for protesters is being smashed by the Denver City Council. This information, reprinted from CBS, explains the new proposal:
-------------
Denver leaders are racing to pass a bill aimed at protecting people from protesters at the Democratic National Convention. The proposal bans demonstrators from having certain items. City leaders call it a "very restrictive," but limited ordinance.
"Someone could literally shutdown the convention if they had the right tools," says Doug Linkhart, the chairman of the City Council's Safety Committee.
Linkhart says the proposed bill came directly from the Mayor's Office. It would make it illegal to carry any tool, object, or instrument that can be used to obstruct roadways, sidewalks, or the entrances of buildings. This includes chains, quick setting cement, padlocks, handcuffs and other locking devices.
"We're simply saying you can't have those in a protest or on site if we can prove you're intending to use them," Linkhart says.
The proposed bill would also make it illegal to possess any noxious substance, such as human waste.
-------------
It was the "quick setting cement" that I had hoped to make some quick cash on this DNC season. I mean what protester does not want a large bag of quick setting concrete?? 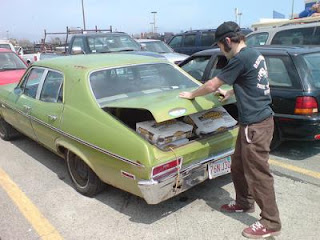 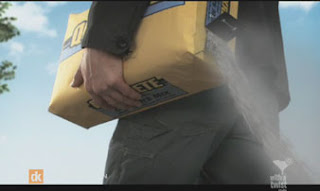 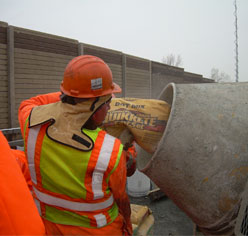 Outside the DNC - this may never happen sadly...
Posted by Admin at 12:32 PM No comments: Links to this post

This picture was snapped outside Coors Field during Rockies Opening Day. I used to listen to this radio station but recently started feeling like the music sucked. It seems their marketing slogan has changed to reflect that. 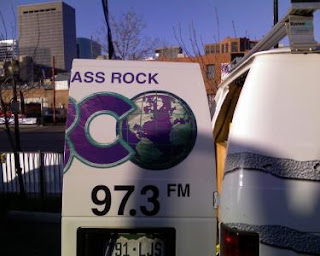 Posted by Admin at 12:37 PM No comments: Links to this post