Day 1 started with an early morning plane trip from Denver to Philadelphia airport. I met my dad at the airport and we drove to Egg Harbor, NJ - just outside of Atlantic City. This is where the boat yard is located. Day 1 was spent getting familiarized with some of the electronics of the boat. My dad spent time with the inflatable boat launch while I learned the satellite TV, XM radio and iPod entertainment system as well as the Internet routers. You can't make live television or go boating without the Internet anymore. What did we do before the Internet?

After this it was off to the grocery store to provision the boat for 2 weeks and 5 guys (we pick up the captain tomorrow and 2 friends on Monday). Nearly $700 later, we left the grocery store. No good boating trip does not happen without a trip to the liquor store. Luckily, the bill there was considerably less than the grocery store. I have a feeling more liquor store stops will be in our future - starting as early as tomorrow.

We finished off the night flying the colors of the boat. It is harbored in the British Virgin Islands so it flies the BVI flag off the stern with a smaller American flag on the bridge. We'll add the Canadian flag once we hit the border in a few days. 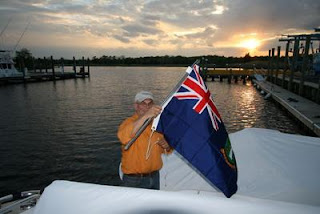 Speaking of, I did not bring my passport. Didn't even occur to me to be honest. Erica is now FedEx'ing that to a marina in New York that we will pass just before crossing the border. I'm sure it will all work out... 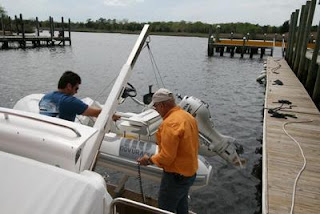 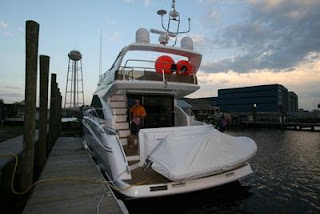 Tied up in the marina 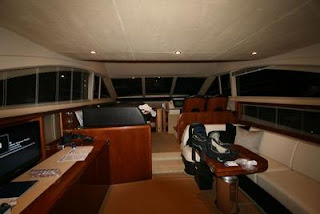 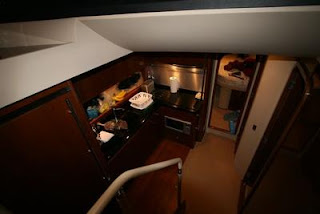 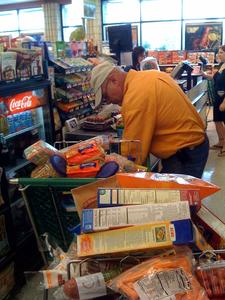 Provisioning for 2 weeks
Posted by Admin at 9:49 AM