We ended day 5 a little early so we had some time to make up on day 6. This day included the last 6 locks on the Erie Canal before entering Lake Ontario. A decent sized storm front moved into the area overnight - the same system that caused some sever weather damage to the midwest. This brought rain and heavy wind to our area this morning. The rain subsided around noon but the heavy wind continued until about 7:00pm. This kicked up some decent sized waves on Lake Ontario and brought out speed down. We hoped to make the entry to the Welland Canal. This is the large canal between Lake Ontario and Lake Erie. It is used frequently by the large "laker ships" that carry freight from the ocean to Chicago, etc. Those ships take priority over pleasure craft like us so the trip through the canal can take as little as 3 hours or as much as 30 hours. Since we are behind schedule, let's pray it is much closer to the 3 hour time frame than the 30.

We are spending the night here (map). There is a waterfront bar / restaurant about 5 feet from the back of the boat (we are tied up to the gas dock all night for some reason) so dinner is easy. We broke the grill last night in the middle of grilling chicken. Seemed to be some sort of power related problem since it started working again later on. Perhaps the fact we were grilling (electric), doing laundry, cooking in the convection oven, cooking on the electric stove and running the A/C all at once was a bit of a problem for the 50 AMP service coming in from the dock.

The good news from yesterday (since my blog post was erased) was that my passport was waiting for me at the marina last night. I had pretty much written that thing off forever and we were planning on how to get me across the border. Now I am legal once again.

I have to keep moving for the vacuum cleaner so perhaps it is time to end this. Not too many pictures from today due to the rain, wind and waves (sounds like a country song). Perhaps tomorrow will be better once we hit the canal.

Update 2:
Had an interesting dinner at the joint in the marina. 3 people ordered the special: Cheeseburger / salad. The "/" represents a 2nd line of type on the special board. Would you assume you were getting a cheeseburger and a salad? I would. No, you get a cheeseburger salad. The bartender was also convinced that we had Oscar award winner Philip Seymour Hoffman dining with us. You be the judge: 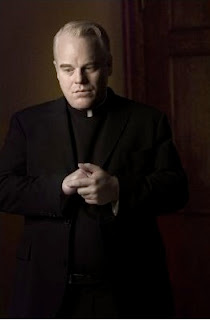 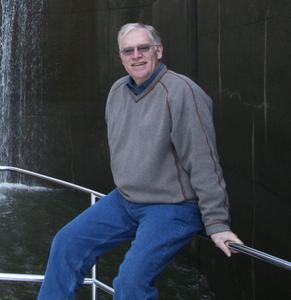 Philip Seymour Hoffman??
Posted by Admin at 9:59 AM