A couple of shifts ago, we removed a Supra brand lock box from a building that was no longer using it (they had switched to a Knox-Box).  This gave us the opportunity to test out our ability to try to break into this lock box.  Getting our inspiration from Miami Township Fire trying to break into a Knox-Box, we had a go with our Supra box.

First test was to try to remove the hinge holding the locking lid to the back mount.  We tried a Halligan pike, a Rex Tool and a screwdriver in our attempts to drive out the hinge.  None of these were successful.

Second test was to use the pike end of the Halligan tool placed against the lock and strike it with a 8lb axe. 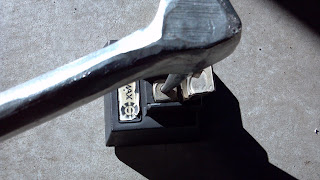 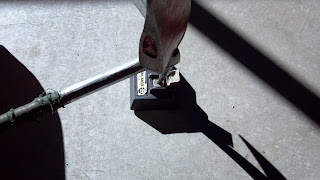 One strike of the axe and it busted the lock mechanism.  The face of the lock fell off giving us access to the inside portion of the lock. 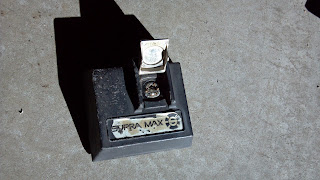 Simply giving the exposed lock a slight twist with a finger popped it out of the housing inside and the Supra box opened up with no further problems.  So, in short, looks like a Halligan will easily defeat a Supra box in our non-scientific experiments.  More detailed pictures below. 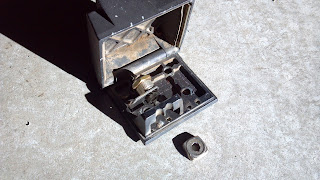 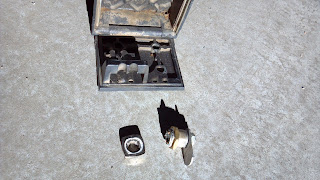 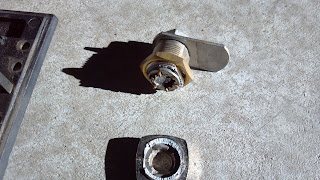 Above is the outer ring (lower) that fell off as soon as we hit the lock and the inside lock mechanism (upper) that twisted free and fell into the box once we pushed on it with a finger.

Email ThisBlogThis!Share to TwitterShare to FacebookShare to Pinterest
Labels: Fire