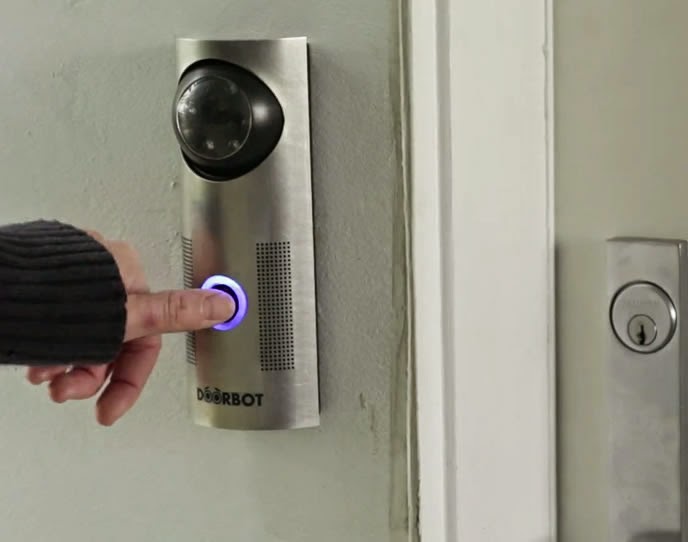 I'm an early adopter.  Always have been and probably always will be.  The average age of my cell
phones over the last 20 years has been around 9 months.  However, I also have a very low tolerance for crap. While I am willing to test new gear, if it sucks, I won't put up for it very long.

As someone who is an early adopter, Kickstarter is a potential dream come true. You get in on the action on brand new gear at a reduced price.  You get to use high tech equipment before it ever hits the shelves (some of the time).

I jumped on the Kickstarter bandwagon.  I bought in early on a couple projects that have finally hit the mainstream.  So far, I've supported 4 campaigns on Kickstarter.  I've received 3 products and the 4th is a film still in development. So, how have I fared?  Of the 3 products (discussed below), all 3 are total crap. The film is about olympic swimmers and I backed it because it sounded interesting.

So, what did I buy?  The first product I backed was the one I was most interested in: Lockitron. This is right in my wheelhouse for good ideas.  I love home automation and products designed to make our lives easier.  Why we still carry keys is beyond me.  Technology has advanced - or so I thought. One of the features I required in my new car was push-button start so I never had to use a key. 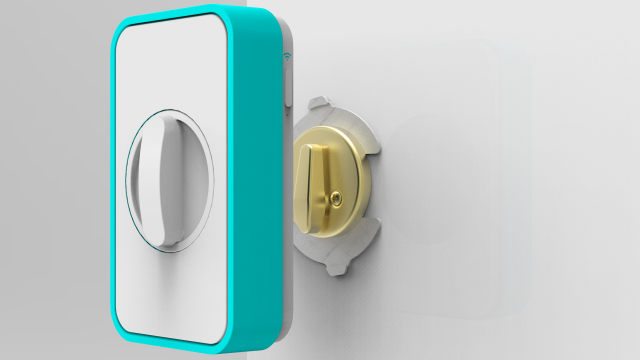 I backed the Lockitron project in October of 2012.  That's right, nearly 2 years ago.  It arrived yesterday.  The project was plagued with manufacturing problems from the start. They are made overseas and quality control seemed to be an issue. As did poor engineering.

Well, I waited and waited. I kept looking at competitor locks. I really wanted a lock on my door that would allow me to never have to carry my house keys again. I wanted to be able to let a neighbor in while I was at work. I wanted to walk up to the door and have it magically unlock for me. Lockitron promised all of that and more. There were slick videos on the website that showed it working. They kept us "backers" up to date on all the delays and told us how great this was going to be.

Well, it arrived.  When I opened it, I immediately was met with problem #1: I ordered white and it came in black.  Who has a black door?? Oh well, I was way too excited to care about a silly color issue.  Then, problem #2: As I removed the much larger than I thought unit from the box, 2 tiny screws fell onto the floor.  I later came to discover when the battery pack and logic board fell out, it had not been assembled completely.  I guess the manufacturing problems have not been solved.

Again, I could not let this stop me from installing the system.  I watched the well produced videos and got my unit installed over my very standard deadbolt leading to my garage - the door I use 99% of the time. It installed without any issues.  You connect it to your WiFi network - a process that took 7 tries to make it stick - and then you can control the lock from your smartphone.  Well, to spare you all the details, it worked exactly once.  It then proceeded to lock me out of my house 3 times and my wife twice.  At one point, I walked into the garage, the door closed behind me and I heard Lockitron lock the door.  I never asked it to. I did not have the app open nor could I ever get Bluetooth LE working on it. But, it decided to lock me out.  "No problem," I thought, "I'll just use the app to unlock it." Well, I sent the unlock command to the unit and it told me the lock was "sleeping" and would take 30 minutes to wake up and unlock.  WTF?!?!  This became an on-going theme between the lock and me.  It would almost always tell me the lock was sleeping and I'd have to wait anywhere from 6 to 30 minutes before it would send the command.

Once it finally sent the command, it would never actually unlock the door. It ground to a halt each time it tried to unlock it. I tested my deadbolt before and after installing Lockitron. This is one of the easiest deadbolts I've ever seen.  Nothing catches the lock, it does not rub on anything - it's as smooth as silk.  Except Lockitron can't muster the strength a 2 year old would have to actually turn the lock open. Closing? No problemo!

So, for a device that claims you can leave your keys at home - be prepared to crawl through the doggie door - every time you come home...

Now, let's move onto the second item I supported. This arrived about a year before Lockitron.  Another home automation idea I was in love with: Doorbot. This replaces your doorbell with a new device containing a camera, speaker and microphone.  With my smartphone app, I should see who is at my door and be able to talk to them.  A visitor presses the lighted doorbell button, my normal hard wired doorbell rings and so does my cell phone, along with my wife's cell phone.  What a great idea! 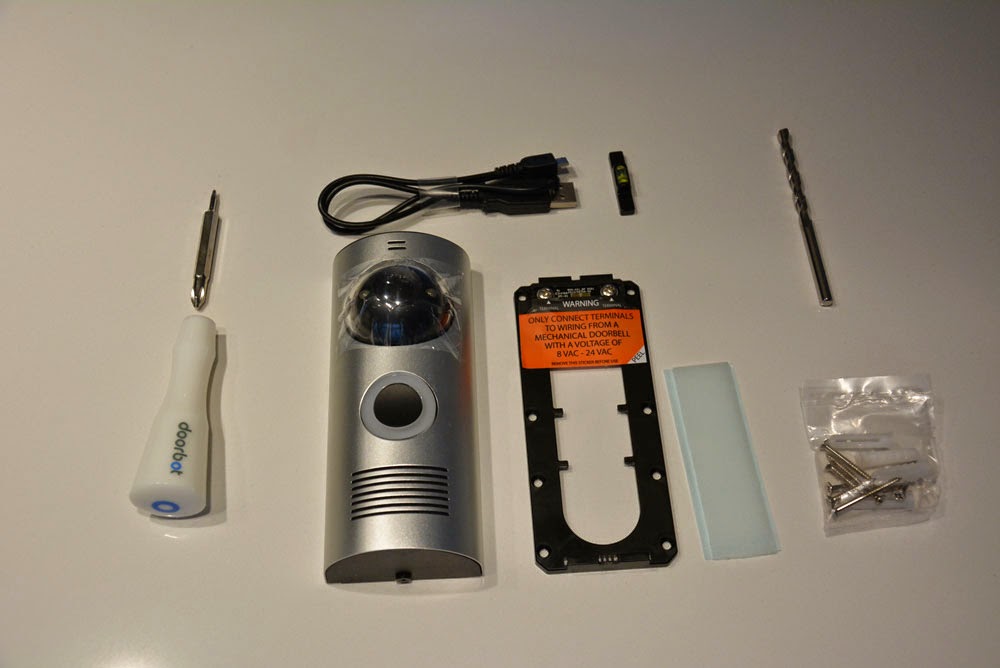 I also installed this the day it arrived.  It took about 20 attempts to get it to pair with my network.  I
then installed the app on my phone and my wife's.  We went out to test it.  With eager anticipation, I waited for the app to ring. And waited.  And waited.  About 45 seconds after the doorbell button was pushed, my phone rang.  This, I have come to discover, is "normal."  I've also come to discover that anyone that actually comes to my door does not stick around for 45 seconds waiting for me. They are typically long gone by the time my phone goes off.

My wife's phone worked for about a week. Then it mysteriously stopped ringing when the doorbell was pushed.  My phone continued to work - though still with the long delay.

However, one day, it decided not to show me any video or let me hear any audio on the phone app.  It just rings and displays a black screen with no sound.  I re-set everything, re-installed apps, did it all.  No fix.  Do a google search for "doorbot black screen" and you get thousands of hits.  I then filled out a support ticket on Doorbots website. One of the drop down options for problems is "black screen."  Perfect.  They wrote me back asking me to send them my network speed test to my house - but it had to be a speed test from a server in Europe. Huh?  Whatever.  I'm still waiting for the support ticket to tell me how my problem with my European speed test can be fixed.  For now, I have an expensive doorbell button on my front porch.

UPDATE 1/23/2015: Doorbot has since create a new version (well, basically a new product) called Ring.  As an early adopter of the original, I got an upgrade to the new "Ring" version. All new hardware, new firmware and a new iOS and Android app.  Everything I said about the Doorbot is fixed with Ring.  I'm actually really enjoying it.  It works and it works well.  They are also about to add the ability to save video to their cloud as well as turn on motion detection.  Now, when someone comes up to my door but does not ring the doorbell, the Ring will sense that motion and record the video.  As of today, I am enjoying my Ring. 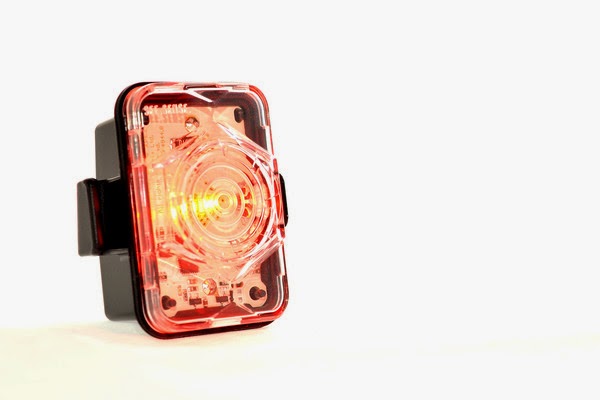 My last project was the See Sense bike light. This was an LED bike light with "intelligence."  Again, slick presentation, good videos, great idea.  See a trend??  I bought it.  Luckily this is much cheaper.

It arrived pretty quickly. They had a plan and were not delayed with offshore manufacturing.  Well, I charged it up and got ready to go for a ride.  Since I have to ride on roads frequently, I thought having a rear light might be safe.

My wife finds all this very amusing.  I might too if I could get past the frustration of crappy products in slick packaging.  The Lockitron was returned after 24 hours of trying to make it work. Something that is a physical key replacement needs to be 100% reliable (like the key in my pocket). So far, we are at 0% reliability and 100% frustration.  Not to mention the funny looks from the dog as we keep crawling in through her door.  Another problem that I'm sure technology will fix in the near future.

My advice? Wait for commercial products that are shipping and have reviews you can read. Unless you are OK throwing money away to help support new technologies.  I can get behind supporting the front runners - those people that push the boundaries and technology forward (ie: Tesla). However, buyer (backer) beware.  I'm 0 for 4 on Kickstarter so far.  But I'm an early adopter by heart and will probably be back. My luck can't suck forever, right? Right?